The Rise of Zombie Firms

Zombie firms, are companies that are unable to cover debt servicing costs from current profits over an extended period. It is widely considered as a ticking time bomb that might trigger the next recession and bear market.

I recently came across a report from the Bank of International Settlements (BIS) that titled The Rise of Zombie Firms: Causes and Consequences, which shed some light on this global issue.

What is Zombie Firms

Although the profitability is the most important metric that decides if a company is considered as zombie, not all low-profitability companies fall into this category. Age and future profitability projection need to be factored in as well. Young companies may need more time for investment projects to deliver meaningful returns, and profitability today could be low because of a corporate restructuring or new investments that may eventually increase profitability. 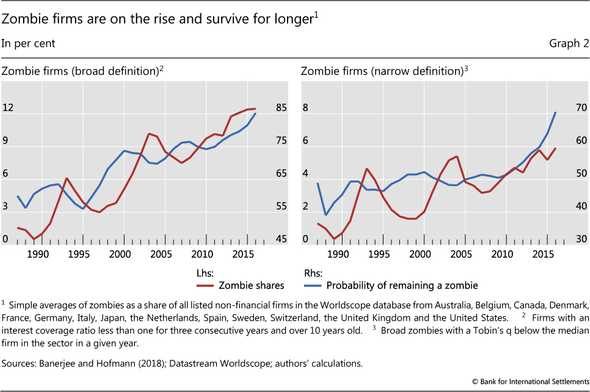 One common measure is looking at firms if its interest coverage ratio (ICR) has been less than one for at least three consecutive years and if it is at least 10 years old. Tesla is a good example of this. You may recall that whenever Tesla has a production issue, investors would panic because the first thing came into their mind was wether Tesla would be able to repay the debt.

Multiple studies have concluded that the number of zombie firms in last decade has been increasing due to weak banks and lower interest rates. 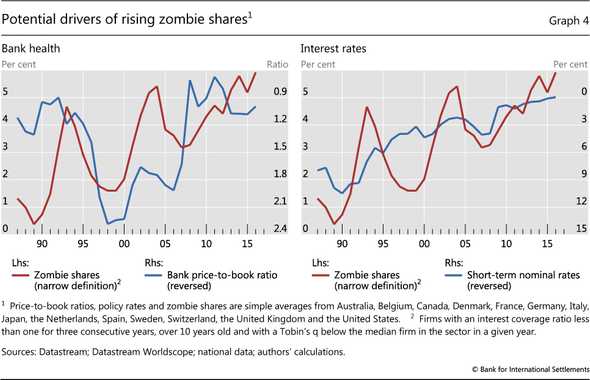 Between these two factors, the BIS report suggested that lower nominal interest rates predict an increase in the zombie share, while the effect of bank health is less clear-cut. This is even more statistically significant over last five years.

Zombies are less productive and may crowd out growth of more productive firms by locking resources (so-called “congestion effects”). Specifically, they depress the prices of those firms’ products, and raise their wages and their funding costs, by competing for resources. 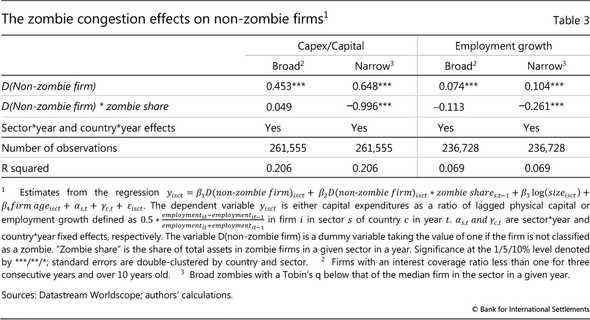 There are a few excellent articles and books covering this topic, among which I have found the following pieces being very useful:

Delivered by Mengxi who lives and works in San Francisco building useful things. You can also find me on Twitter and Linkedin.